When filmmaker/ artist James M. Storm began to build his Frankenstein-ish electric street racer in his garage, he had no idea the adventure that was soon to follow.  Just like James’s mad science bike project, the 20 minute short film about his creation wasn’t supposed to be anything special either, until one day it was.  The film was an unexpected hit thus encouraging James to dream farther than he had ever imagined.   James knew that if he could build a crazy all-electric street racer in his garage than other people could do it too.  If those people got together then maybe, just maybe, it could turn into something… more special.  James knew that to get the ball rolling he had to create another film that really demonstrated what this underground racing club could be. That’s how the idea of a second film, a feature film, was born.

However, just as James sets out to begin production on a second Electric Cycle film, disaster strikes.  In a freak accident James crashed the original prototype cycle while experimenting with new racing techniques.  This was a dual-wheel-drive cycle after all, with dual independent throttle systems.  There was no precedent for this, no YouTube video about how to drive a two-engine vehicle.  Besides being severely injured in the crash, James was equally distraught to learn of the simultaneous crash and death of his adventure-seeking cousin Erin Storm who died in an unrelated paraglider incident.  Deeply affected by these dark events James nearly gave up on his dream of Electric Cycle racing deeming it all too dangerous.

After taking a break and a step back, James soon had a change of heart.  Inspired by the spirit and life of his cousin Erin, James knew the best way to honor her memory would be to finish the film. This film was no longer about building something epic, at this point it wasn’t even about building the league.  Just finishing the film would end up becoming the challenge of a lifetime.  After five years of triumph, defeat, pain, and glory, we are all very proud to present to you the feature film in its entirety.  Welcome to The Electric Cycle Racing league. 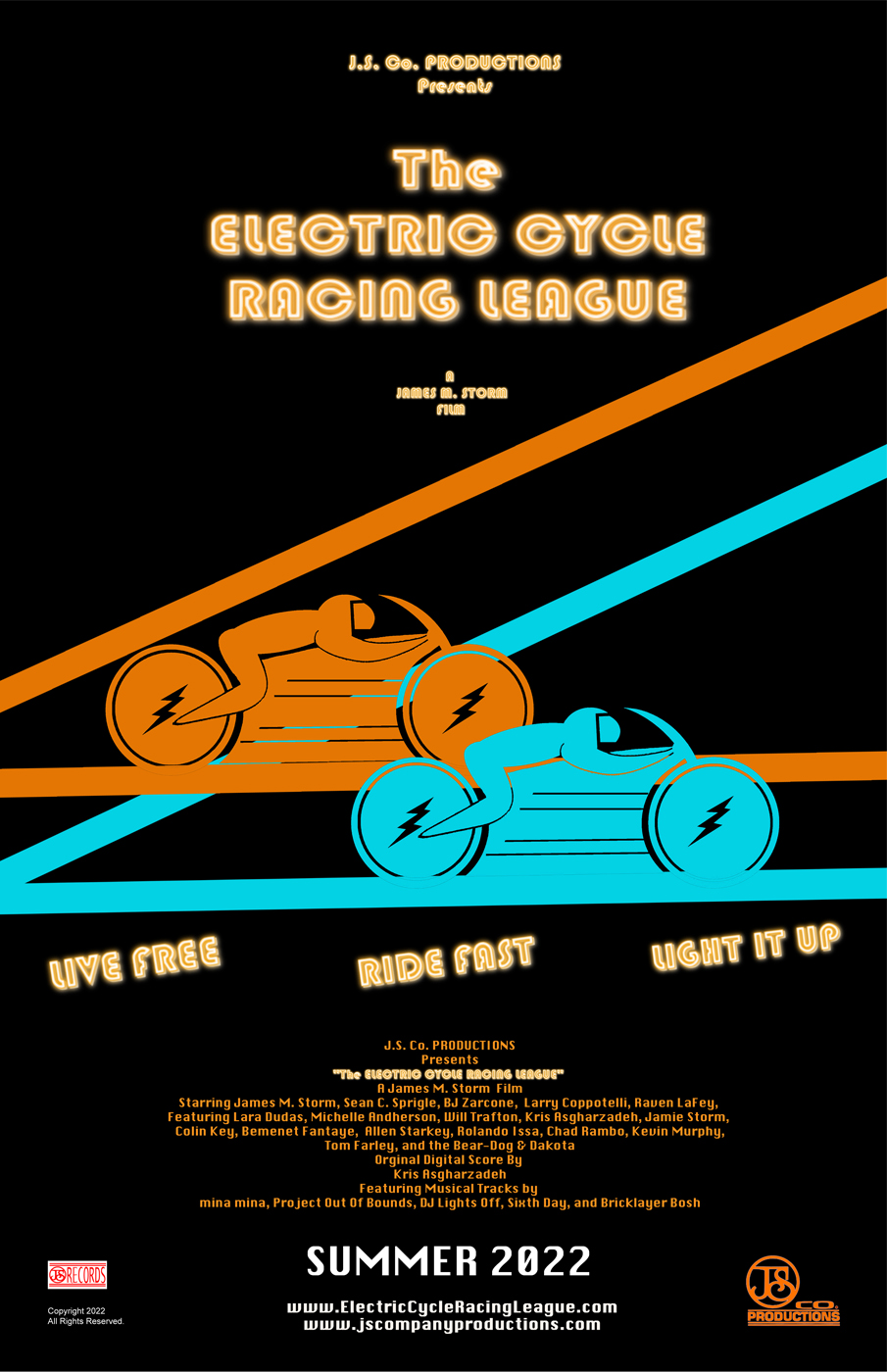